By Heights FoundationOctober 10, 2022No Comments 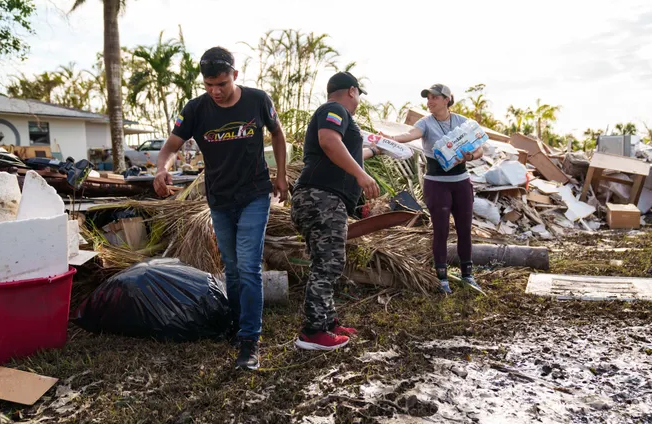 In the span of a day, 32-year-old Abel Cruz lost his car, both of his jobs, and the home he was renting in Harlem Heights, a hard-hit neighborhood that sits southwest of Fort Myers along the road to Sanibel Island.

In the long week since Hurricane Ian, Cruz has begun the process of extracting himself from the chaos the storm created in his family’s life. 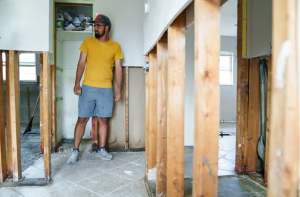 Abel Cruz, 32, shows the damage in the home he rents in the Harlem Heights neighborhood in Fort Myers on Oct. 5, 2022, after Hurricane Ian caused major flooding in the area. Ian caused catastrophic damage across southwest Florida when it came ashore as a Category 4 storm.
Josh Morgan-USA TODAY

“Well, I was working in the Sanibel Marina and Doc Ford’s so I lost my two jobs and pretty much [everything]. Three days after, I was doing landscaping, whatever I can get to make some money that will help,” Cruz said.

Harlem Heights is home to people that made Southwest Florida appealing. Their sweat labor made it feel like paradise. They are or were landscapers, food service workers and hotel employees. They are parents. More than 40% of the community are children and teenagers. The majority of people there speak Spanish at home.

The median household income of its 1,400 residents is $26,000, according to the Census. Nearly half of the people live below the poverty line, which makes rebuilding after a hurricane daunting and difficult without help.

On Wednesday, the streets of Harlem Heights were crowded with the debris from low-lying single-story homes that were inundated with several feet of rushing water that lingered long after the hurricane passed. Cruz’s yard was still soggy.

During the storm, Cruz was a hurricane hero, helping his family, neighbors and their pets escape the rising water. They found refuge within the higher ground and strong walls of The Heights Foundation, where power was restored on Wednesday.

Hundreds of families have found refuge there after Ian as well, Heights Foundation leaders said. The foundation’s charter school has Wi-Fi hotspots and the center is distributing food, water and other supplies.

“We’re going house by house and trying to see what the immediate needs are,” said Deb Mathinos, chief programs officer at The Heights Foundation. “The community wants to rebuild. They want to live here. They’re not willing to give up on their home and the space that’s been their families’ home for decades.”

Volunteers have come from across Florida and the southeast.

On Wednesday, Fort Myers Police Lt. Walter Mitchell, who has family in Harlem Heights, was there with truckloads of supplies from the National Organization of Black Law Enforcement Executives.

A group of men from Miami was delivering tuna, sausages and fresh Cuban bread door to door. “Tenemos más pan,” said a volunteer, passing another loaf to Cruz’s sister, who was at the home with his stepfather and mother. His 13-year-old son lives there too.

Cruz was gracious. “That feels good. … We’re Mexican, so that’s kind of like our bread.”

The donations are easing the financial blow.

He had already called insurance about his 2008 Jetta. He wouldn’t get anything. His mom and stepdad had their vehicles ruined too.

As a boat mechanic on Sanibel and a food runner at Doc Ford’s, Cruz was making about $1,400 a week. Now his main source of income will be fixing the home where his family lived. The homeowner hired him.

“That way we can fix the house as soon as possible so that way we can come back,” Cruz said. “It’s sad but we will get through this.”

By Wednesday, the building was gutted of its wet walls and insulation. Their furniture was piled up at the curb. Clothing was drying in the yard. Once they return, they could use help replacing their furniture and bedding, so they have a place to sleep.

Mathinos said the foundation will offer resources to help people navigate the process of filing insurance and unemployment claims and FEMA applications. They could use computer-literate volunteers.

“If we have some bilingual folks, that is definitely something we can use,” she said. “As a community, we’re Harlem Strong and we’re going to rebuild.”

From The News-Press: SWFL organization recovery plan includes clean up and rebuild in Harlem Heights

Sign up today to reviews newsletters, press and updates on The Heights Foundation, The Heights Center, Heights Charter School and Heights Early Learning. SIGN UP

THE TAX IDENTIFICATION NUMBER FOR THE HEIGHTS FOUNDATION, INC. IS 36-4736711, AND QUALIFIES UNDER SECTION 501(C)(3) OF THE INTERNAL REVENUE CODE. A COPY OF THE OFFICIAL REGISTRATION AND FINANCIAL INFORMATION MAY BE OBTAINED FROM THE DIVISION OF CONSUMER SERVICES BY CALLING TOLL FREE 1-800-435-7352 WITHIN THE STATE. REGISTRATION DOES NOT IMPLY ENDORSEMENT, APPROVAL OR RECOMMENDATION BY THE STATE.